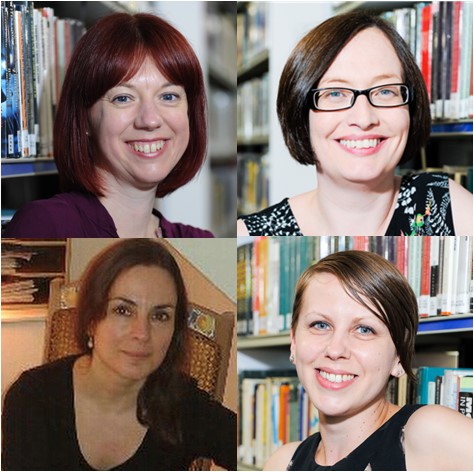 Audiovisual materials in the Library

The Library has a collection of film, television and video games available to borrow. To search the collection go to Discover and on the Advanced Search screen choose which format you would like the results to be, e.g. DVD video, sound recording, etc.

AP Archive
AP Archive is the film and video archive of The Associated Press (AP), one of the largest and most trusted sources of independent news gathering. The collection includes over 1.7 million global news and entertainment video stories dating back to 1895. Hours of new video footage is added daily with coverage from AP's global news gathering network. Also contains access to British Movietone, the world’s greatest newsreel archive, spanning the period 1895 – 1986.

BFI InView
Over 2,000 non-fiction film and television titles from the 20th century to the early 21st, drawn from the film and television collections of the British Film Institute National Archive. Explore and download rarely seen government films, written documents, newsreels, TV documentaries, discussion programmes, parliamentary recordings and much more in an indispensable resource for any study into the recent history of Britain.

Select the login button to bring up the UK Access Management login screen - choose Leeds Beckett University from the list.

BFI Screenonline
The British Film Institute's Screenonline is an online encyclopaedia of British film and television featuring hundreds of hours of film and television clips from the vast collections of the BFI National Archive, and several hours of recorded interviews with film and TV personalities. These clips are supplemented by rich and authoritative contextual material by expert writers, specially commissioned for BFI Screenonline alongside thousands of stills, posters and press books.

British Library Sound Archive
One of the world's largest sound archives. Listen to a selection from the British Library’s extensive collections of unique sound recordings, which come from all over the world and cover the entire range of recorded sound, including oral history.

British Pathé
British Pathé is one of the oldest media companies in the world. By the time Pathé finally stopped producing the cinema newsreel in 1970 they had accumulated 3,500 hours of filmed history amounting to over 90,000 individual items. Whereas all professional usages still require a licence fee, there are free "preview" facilities on this site.

British Universities Film and Video Council Moving Image Gateway
This gateway includes nearly 1,200 websites relating to moving image and sound materials. These have been sub-divided into over 40 subject areas, including History.

Europeana Music
Europeana Music brings together a selection of the best music recordings, sheet music, and other music related collections from Europe's audio-visual archives, libraries, archives and museums. Explore over 300,000 music recordings, pieces of sheet music and other music items from across Europe and listen to Europeana Radio where you can choose from Classical Music or Traditional and Folk Music.

Independent Radio at BUFVC
The ILR Programme Sharing Scheme encompassed a concept which enabled features, drama, music and news producers working in commercial radio around Britain to offer material - including a significant body of speech-based programming produced locally - to other stations. The database contains c1120 recordings generated by the scheme. The ILR Programme Sharing database is only available for access and use to bona fide students, researchers and teachers in further and higher education in the United Kingdom and to BUFVC members.

AP Images
Archive from the Associated Press, containing more than 3,000 photos a day from journalists recording news as it happens around the world. For more than a century, AP has captured the greatest moments in history, breaking news, sports, politics and entertainment.

Getty Images
Getty Images is among the world’s leading creators and distributors of award-winning photography. These are the photos that appear every day in the world’s most influential newspapers, magazines, advertising campaigns, films, television programs, books and online media.

LIFE Photo Archive
Search millions of photographs from the LIFE magazine's photo archive, from the 1750s to today. Images include famous personalities as well as photos of historical and cultural events.

National Archives Image Library
Browse or search over 70,000 digitised images spanning hundreds of years of history from The National Archives' unique collections, from ancient maps to iconic advertising. Images are hallmarked but are still a great record of historical images.